Somewhere earlier on this blog, I had mentioned my love for nature – flowers in particular. I had also made a wish list of sorts, of the flower-filled places I’d like to visit sometime in the future. Happy to say, I ticked one place off that list 2 weeks back.

The Kas Plateau in Maharashtra – also called ‘Kaas Pathar’, comes alive with the colours of myriad wildflowers towards the end of the Monsoons in August and September, and a week into October. The plateau, around 25Km from Satara, displays changing hues as various endemic blooms complete their lifecycles in quick succession and carpet the plateau with their colours.

The plateau is breathtaking no doubt, but the drive from Satara to Kas is equally beautiful, and deserves a post all its own.

It takes roughly 2-and-a-half hours from Pune to Satara in the state transport bus. Satara is a small town in Maharashtra that lies in the midst of the Sahyadris, affording a pleasing view of the hills in every direction.

The 16th century Ajinkyatara Fort can be seen in the distance, at one end of the city.

As the road winds up the ghats towards the Kas Plateau, you can almost see the whole city cradled between the seven hills that surround it.

I hitched a ride with a friend from Satara to Kas. The drive was scenic, and being a weekday, the roads were devoid of the usual tourist rush that occurs on weekends and holidays. However, what should normally have been a half-hour drive stretched to almost an hour because I just had to stop and capture the views! 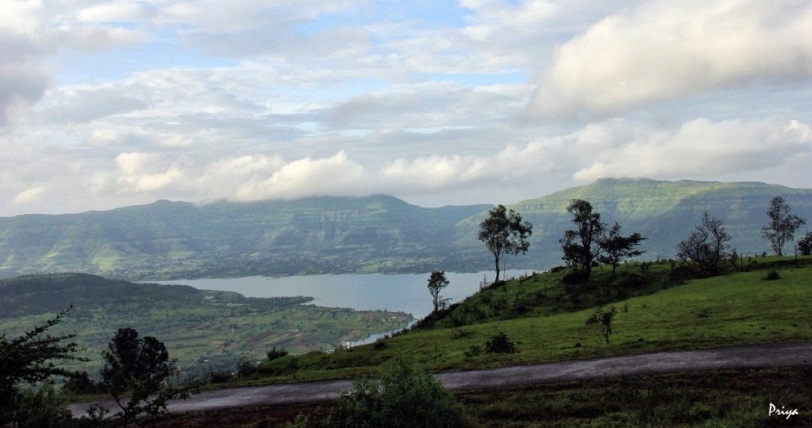 The most picturesque was, perhaps, a generous bloom of yellow Smithias on both sides of the road, and dotting the hillside. These grow on Kas as well, only, a few weeks later – after the rain on the plateau has decreased significantly.

We also chanced upon some beautiful Glory Lilies. These bloom for a very short period and you’re lucky if you come across them.

We passed a number of temples and shrines along the way too. One temple, at Peteshwar Nagar is thought to be quite ancient. We found some ancient stone slabs with engravings on them in front of it.

The locals living near the temple say that the stone houses here date back to the pre-independence era.

We had no clue what this strangely shaped construction standing on a stone platform was meant for. Someone’s idea of a fancy house, maybe?

Beyond Peteshwar Nagar, the Sahyadris present their very best in the Monsoons. The views of the Kanheri dam one side and the Kas Lake on the other is mesmerizing. 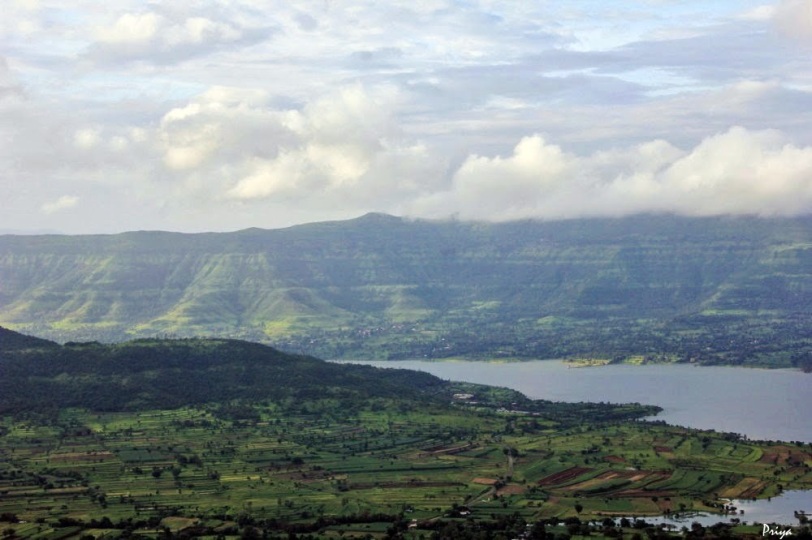 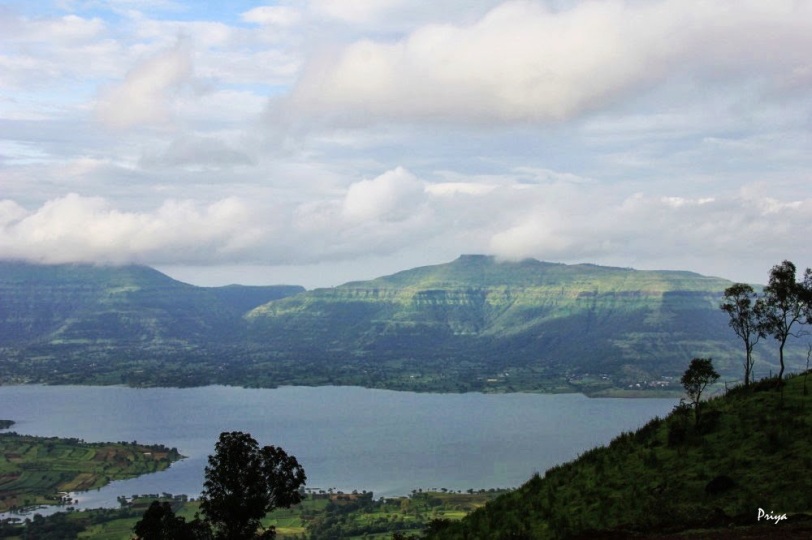 The weather is rather unpredictable out here. One minute you have blue, sunny skies, and the next, dark clouds roll in and you’re caught in rain. But both make for some beautiful pictures, so no one’s complaining! The low-hanging rainclouds especially give a dramatic appeal to the hillside.

You know you’ve arrived at the plateau when you come across a board welcoming you to Kas. Parking is up ahead, such that you drive beyond the flowering meadows, park and walk back to them.

When I visited the plateau in the last week of August, it was pouring, and the tiny white Eriocaulon and fascinating blue Utricularia were in rampant bloom. But that’s another post. Wait for it!

By Train:
Pune is the closest railhead

By Air:
Airports at Pune and Mumbai are both convenient

2 thoughts on “Road to Kas”